The award was given for the partnership formed between the City, Chamber, and local businesses that has transformed the City’s downtown area into a flourishing hub of community activity and commerce. The award presentation video can be viewed at https://youtu.be/EVmi202AzQk.

“O’Fallon’s downtown is really special, and it continues to get better and better,” said Mayor Herb Roach. “There are a lot of people to thank and congratulate for winning this award but most of all we must thank the residents of O’Fallon for supporting their downtown.”

Several key initiatives served to spearhead the revitalization of the downtown. First, the City of O’Fallon commissioned a downtown action plan and established a Tax Increment Finance (TIF) district for the area. This was followed by the construction of O’Fallon Station, a pavilion and gathering space that holds events throughout the year, including a popular farmers market (The Vine Street Market), that draws thousands every week.

As the City was undertaking this effort, business owners and the O’Fallon-Shiloh Chamber of Commerce formed the O’Fallon Downtown District, which worked with the marketing firm Atomicdust to completely revamp the branding, marketing, signage, and online presence of the area.

The City of O’Fallon added over 125 paved and lighted parking spaces in downtown to help with the parking demand. The City also installs holiday lighting to help encourage and improve a number of new events during the holiday season.

This coordinated approach from planning to action steps makes downtown O’Fallon’s resurgence from forgotten commercial corridor to a bustling hub of energy and source of community pride a truly remarkable accomplishment.

More information about the Downtown District can be found at www.ofallondowntowndistrict.com.

Each year, the East-West Gateway Council of Governments presents its Outstanding Local Government Achievement Awards recognizing the extraordinary work of municipal, county, special purpose and school district officials in the St. Louis region. This year’s awards were presented at the East-West Gateway’s annual meeting on November 13, 2019. 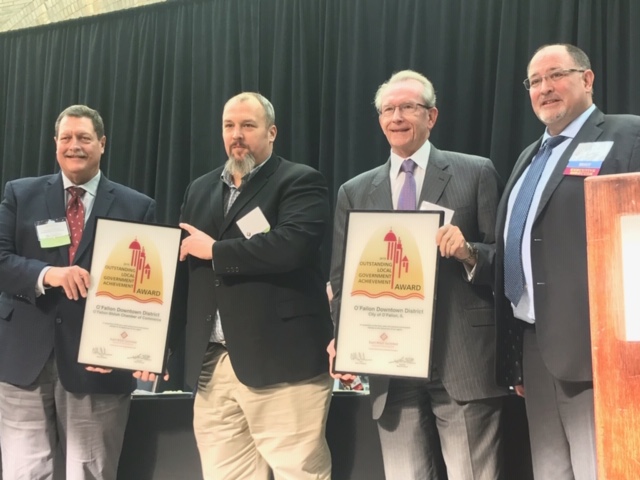 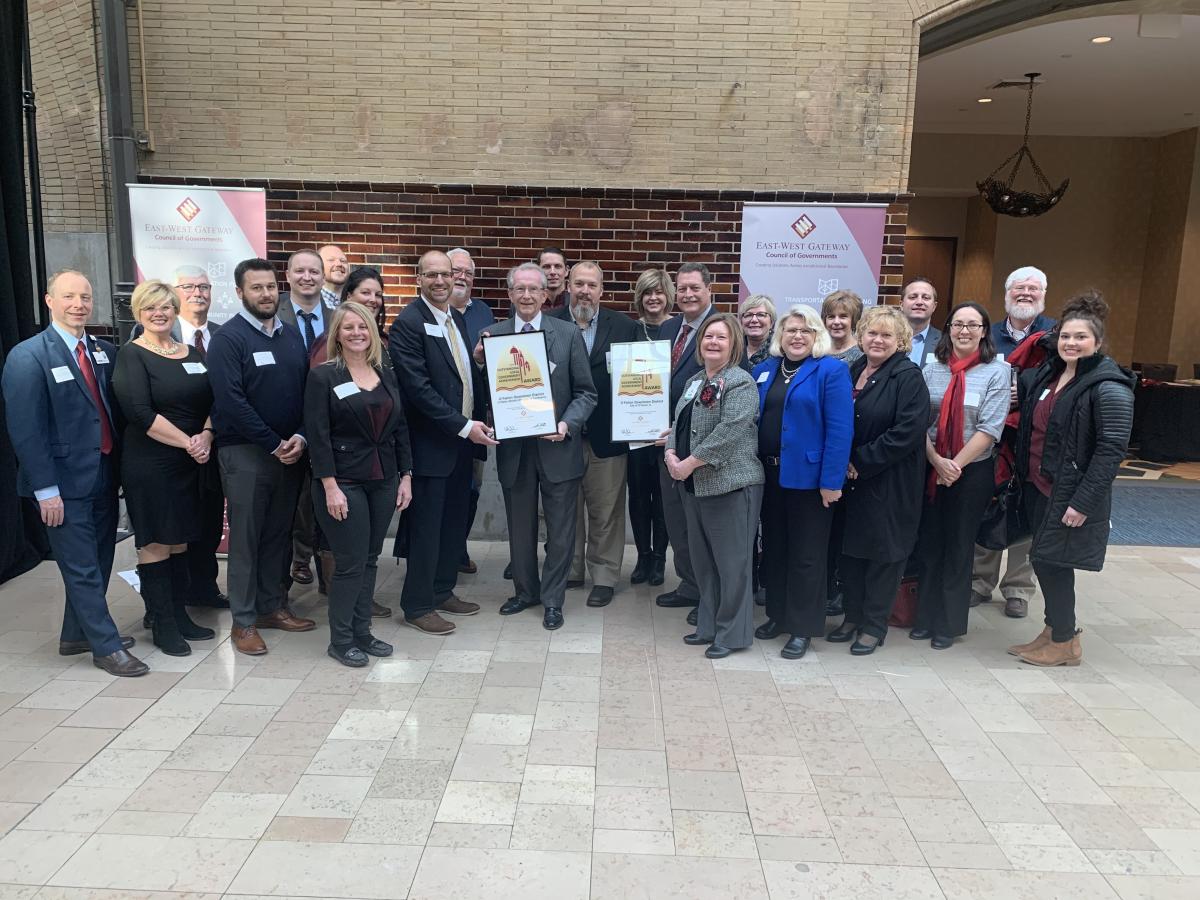 Pictured: A portion of those who contributed to the Downtown District received the Outstanding Local Government Achievement Award from East-West Gateway Council of Governments on November 13, 2019.